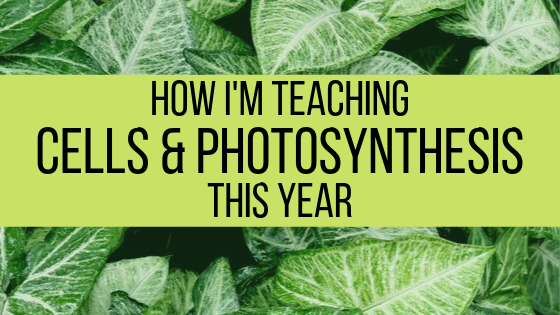 How I’m Teaching Cells and Photosynthesis this Year

First off, let me be honest. I hate this unit. I find the cells unit to be a mile wide and an inch deep.

The only thing I hate more than cell organelles is photosynthesis and respiration. At my school we teach a discipline of science per year. It’s Earth & Space Science in grade 6, Life Science grade 7, and then finally Chemistry and Physics in grade 8.

What that means for me is that I’m attempting to teach the important chemical reactions of life, photosynthesis and respiration, while my students have absolutely no idea what a chemical reaction even is.

Later, I teach DNA and proteins, but my students only vaguely know what a molecule is! Much less how or why they form!

I’m sure you can sense my frustration.

In some past years, I’ve taught a short chemistry crash course in an attempt to give my students the prerequisite knowledge they really need. Ex-students have told me that it helped them when they took actual chemistry, so I decided to do that again this year.

Here’s how I did it

I started the second day of school with the characteristics of living things. We made posters and hung them up so that I can refer to them throughout the year.

Then, I went directly into my chemistry crash course. I taught atoms, elements and the periodic table first. From there, we went briefly into valence electrons to explain what a molecule is. Yes, I know that’s quite a lot for a week, but it’s not actually my content!

I think I had an ah-ha moment from most of my students when they saw why water forms. I expanded from there by showing them other important molecules we’d be studying throughout the year: glucose and a protein.

I really hoped through this that my students will see why the atoms in molecules are so strongly connected. These materials don’t just come apart like a mixture would.

Then we studied chemical reactions. I taught a lesson on the Law of Conservation of Mass and how atoms are rearranged in a reaction. I let them play around with the balancing equations PhET Sim. Some of them really took to it and away they went! Regardless, that’s not my standard so even the students who stayed on level 1 still got a lot more than what my past students would have known.

Then, I jumped right into photosynthesis and respiration. I explained that these are crucial chemical reactions to life and we looked at how the atoms are rearranged.

Next, I’m taking that that into organelles, beginning with the knowledge that chloroplasts and mitochondria are where these processes occur.

After that, it’ll be prokaryotes vs. eukaryotes. I’ll explain that the organelles we studied were eukaryotic and that prokaryotes are bacteria.

Once we know what bacteria is I plan on doing a case study on the human microbiome. And every year I also like to teach a day on antibiotic resistance.

I think I may actually skip the cell theory completely this year, as it’s not even in the NGSS standards. I also recently received a bad rating on my TPT store because a resource I created on famous scientists wasn’t inclusive enough. So considering the amount of old, white men involved in the cell theory perhaps I’ll just forget it this year! Ha!

So.. yeah! I think I’m going to basically be teaching this unit in reverse as compared to how I usually would have! I’m hoping some other middle school teachers will read this and let me know their thoughts!

After this, we’ll take a test and move directly into mitosis/meiosis. Then DNA. Then inheritance. Then evolution. Then ecology. And that’ll be a wrap! 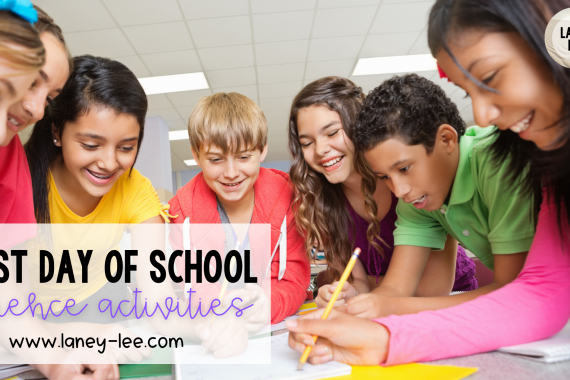 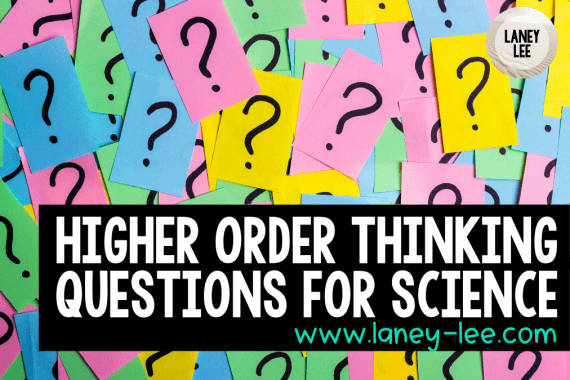