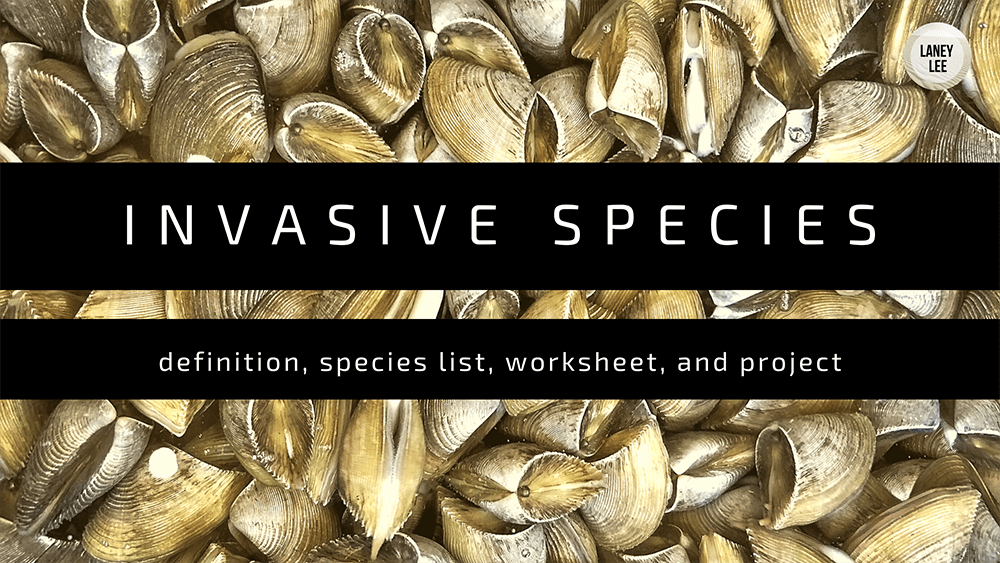 Invasive species are defined as any species that has been transported, either on purpose or accidentally, from one place to another. Generally, these immigrant species are only defined as “invasive” if they cause damage to the ecosystem to which they’ve been introduced.

I use this list of invasive species because the species included here are easy to research with plenty of info available on each.

With this easy to use worksheet, students read about 6 different invasive species and answer questions using the information they have learned. This worksheet comes with a printable PDF version and a digital Google Slides version for use with Google Classroom.

Get it directly from me or through TPT.

This assessment ties together several ecology topics such as resource availability, interactions of organisms, cycling of matter and energy, competition, and the idea that populations are affected by various physical and biological components of ecosystems. Students will investigate how their species has impacted its non-native ecosystem as well as describing planned solutions for maintaining biodiversity.

After students have completed their research, they will film a segment of an imaginary television show called Ecology’s Most Wanted. In their video they will act as a news anchor and cover all the major information about their species and its impact on the ecosystem.

Your purchase secures both a fully inclusive PDF file for in class projects as well as a comprehensive Google Slides file which can be copied and edited. This digital version will transform your classroom into a completely paperless zone!

Get it on TPT.