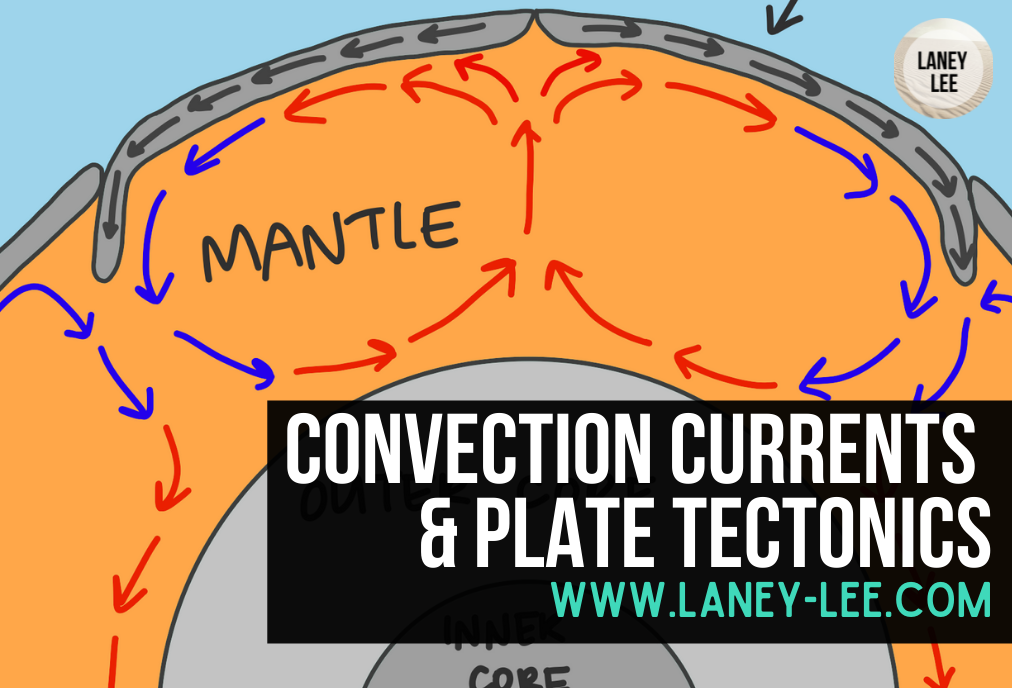 How do convection currents drive plate tectonics? The answer lies in differing densities of hot and cold materials. Read on to discover more!

What is a Convection Current?

Perhaps you’ve heard the phrase “heat rises,” but do you know what it means?

Everything is made up of tiny particles called atoms and molecules. When these particles are heated, they begin to move faster and spread out. As a result, a warm substance has particles which are are more spread out than they would be in a cold substance.

Because there are more particles stuffed into the same amount of space, a cold substance is more dense. In other words, colder materials are denser (and heavier) than warm materials. When cold and warm materials mix, the hotter parts will naturally rise to the top while colder parts will sink to the bottom.

In substances which are being unevenly heated, like the pot of water on the stove above, a cycle of changing densities begins. The water at the bottom of the pot is heated which causes it to become less dense and rise to the top. There, away from the flame, it cools. When it cools, it becomes more dense and sinks back to the bottom. At this point, the water is heated again! Now it becomes less dense again and rises again. This cycle will continue indefinitely, creating a constantly moving current in the water. This circulation of hot and cold materials is called a convection current.

Convection currents do not only occur in boiling pots of water on the stove. They also exist in nature. One place where we can find this phenomena of hot material rising and cool material sinking is inside the Earth.

The mantle is a slightly liquid layer of the Earth in which the top, near Earth’s surface, is much cooler than the bottom, near the core. As rock is heated near the core, it rises to the surface. There, it cools down again and sinks.

This circular motion of rock actually moves the solid continents around on top of it. As the continents move, they create mountains, trenches, earthquakes, and volcanoes when they collide, slide past, or move away from one another.

In the image, you can see how rock is heated near the core. As it is heated it becomes less dense and rises to the surface of the mantle. There, away from the heat source, it cools and becomes more dense, causing it to sink again. This cycle creates slow flowing currents inside the Earth which cause the outer plates to move around.

If you are interested in learning more about convection currents and plate tectonics, check out these time saving resources!

If this article was helpful to you, leave a comment with your age (if you’re a student) or the number of years you’ve been teaching (if you’re a teacher)!

Tips for Teaching the Rock Cycle 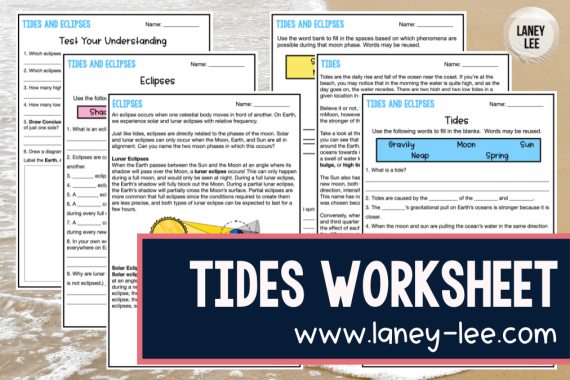